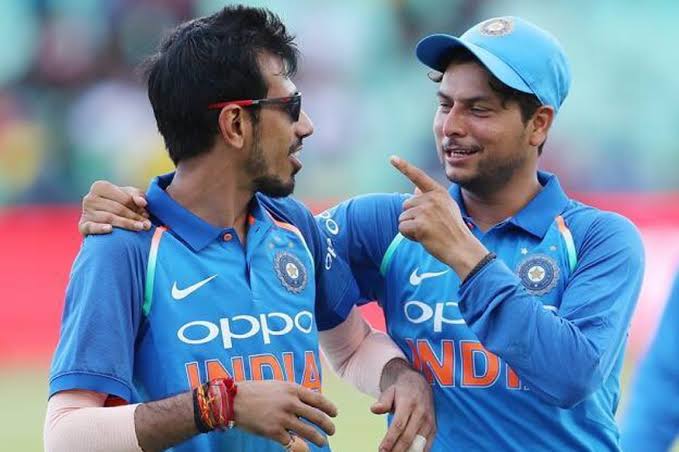 Is Kuldeep Yadav as good a bowler in ODI cricket as Jasprit Bumrah? On hearing this, like a common cricket lover, the same question will arise in your mind that – hey what happened, what kind of comparison is this! By the way, there is no need to say or write much about Bumrah’s ability and his success, but if only figures are taken, in the journey between 70-75 ODIs, the figures of both are almost the same. The number of wickets of both is around 125. Usually on every 32nd ball, both have taken 1 wicket. For every wicket, Bumrah spends more than 24 and Kuldeep spends more than 28 runs. Bumrah took 58 matches to reach the club of 100 wickets, while Kuldeep took 1 less i.e. 57.


Man of the match was also achieved by both of them exactly equal i.e. 4-4 during this period. Yes, Bumrah is definitely better than Kuldeep in terms of economy rate ie giving less runs in every over. Bumrah’s economy rate is around 4.6 while Kuldeep’s is 5.2. Despite this why it seems that Bumrah is a strong bowler in ODI cricket while Kuldeep is not.

Two things play an important role in creating such an impression. Playing in IPL. Where Kuldeep Yadav’s game has not been very good in the last 3 years in IPL. At the same time, Bumrah has been a trump card for his team. And the game of IPL speaks on everyone’s head, so in Bumrah’s ODI matches, his IPL game is seen by adding it, due to which he is seen as a very strong bowler in the white ball, which is correct, but Kuldeep is considered ordinary.

The loss of IPL is at the international level. Despite having a good record for India, he does not seem to be as effective in the white balls and thus his partner Yuzvendra Chahal often gets a regular place in ODI cricket while the first partner of the ‘Kul-Cha’ duo, Kuldeep Can play in cricket only when Chahal or any other spinner is not available. The same happened during the second ODI against Sri Lanka in Kolkata.

But, it is not right to adopt such an attitude with Kuldeep. Gautam Gambhir, who captained Kolkata Knight Riders and Team India in ODI cricket, believes that Akshar Patel, Washington Sundar and Ravi Bishnoi should be accompanied by Kuldeep for the ODI World Cup to be held in 2023. Gambhir neither gave place to Ravindra Jadeja nor Chahal which is a matter of debate for some other day.

Kuldeep also completed 200 international wickets as a chinaman spinner during the Kolkata ODI. He is also the first such player to do so. Earlier, Brad Hogg has 180 wickets, Paul Adams has 163 and Tabrez Shamsi has 129 wickets. This shows that Kuldeep has mastered his craft and is very successful. Still, he does not get the support he deserves from the Indian selectors and team management. Not only this, since Kuldeep started playing ODI cricket, no one has taken more wickets than him. During this, Chahal has 113 wickets, Bumrah has 99, Bhuvneshwar Kumar has 80 and Mohammed Shami has 66 wickets.

During the last half a dozen matches, Kuldeep Yadav has created havoc. He has definitely taken 1 wicket in every match, 2 in some, 3 in some and 4 wickets in some. During this, he has not spent more than 53 runs in any match.

Actually, if you want to assess Kuldeep Yadav properly as a bowler, then perhaps his career needs to be divided into 3 parts. After starting in 2017, he was brilliant till 2018. After this, he got lost in the darkness of oblivion for the next 3 years. After returning from the year 2022, Kuldeep showed that he has worked on his technical flaws. Bowlers like Kuldeep are wicket takers in the middle overs, India desperately needs such bowlers. Since the 2019 World Cup, the economy rate of Indian spinners during this period has been very simple and they have also had to yearn for wickets. At one time in Kolkata, Sri Lanka’s score was 99 for the loss of 1 wicket.

As soon as the spin attack came in the 17th over, this score became 133 for 6, in which there was also a run out. During 9 overs, Sri Lanka lost 5 wickets within 34 runs, then the role of Kuldeep and Akshar Patel was important there. According to Irfan Pathan, Kuldeep has changed his run-up angle, due to which his alignment has also changed and he is getting the benefit of this in fast speed. Incidentally, after 74 matches, Kuldeep has 122 wickets while Irfan had 115. After 74 matches, only Shami has been better than Kuldeep in terms of taking wickets in ODI cricket, who took 136 wickets. In today’s era, Shami is being considered as a surefire bowler for 2023 World but is the same thinking for Kuldeep as well?