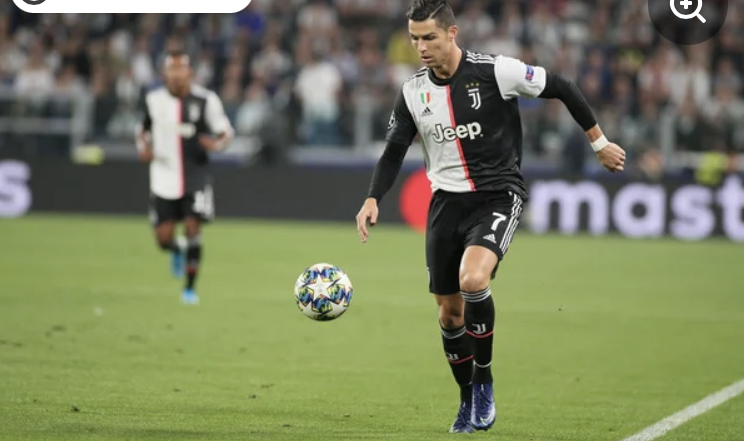 The end of the transfer window is only a week away, so which players should you be keeping an eye on? Here are some stars likely to make headlines before the deadline on Sept. 1 arrives.

Dropped from the first XI for the win against Liverpool on Monday, Ronaldo’s future will continue to be the subject of debate until he clarifies things one way or the other. The 37-year-old wants to leave United to play Champions League football, but is running out of options and time. Sources have told that Ronaldo will stay at United, but there are concerns about his negative attitude impacting the dressing room and things could take a turn as the deadline draws near.

Aubameyang only joined Barcelona in February, after his Arsenal contract was terminated. Now Barca want to move him on for around €25m so they can register their €55m new arrival Jules Kounde under LaLiga’s salary cap.

Chelsea are the front-runners and have been interested for some time but, although Aubameyang is reportedly keen to link back up with former Borussia Dortmund boss Thomas Tuchel, he is 33 years old so the Blues will be wary of spending too much to sign him.

De Jong has dominated the headlines this summer, but the saga has since turned ugly. The midfielder already reduced his wages in October of 2020, but sources told that Barca want him to do so again (citing irregularities with his current contract.) Barca have agreed an €85m deal with Man United, but De Jong reportedly wants to play Champions League football and now has Bayern Munich and Chelsea sniffing around.

The player is still owed €20m in salary, so an agreement over his exit is proving tough and it’s likely he may end up staying if Barca can offload other players to fix their salary issues. Which, by the way, manager Xavi is fine with.

Fofana was dropped from the Leicester squad last weekend vs. Southampton after missing a training session, and Foxes boss Brendan Rodgers said the 21-year-old defender is “not quite in the right frame of mind at the moment to play.” Chelsea have reportedly made three transfer bids up to £70m, but Leicester want at least £80m and aren’t keen on letting him go. At that kind of money, it seems that either Fofana will get his move to Chelsea (in what would be a world-record fee for a defender), or be forced to stay put for at least another six months.

Herculez Gomez says a switch to Man Utd would be even worse for Sergino Dest than staying on the bench at Barcelona.

“He knows what the situation is.” Xavi’s words at a news conference last weekend were pretty brutal, and they suggest Dest has no future at Camp Nou. Sources have told that Barca want to move him on, but previous interest from Chelsea. Atletico Madrid and Bayern Munich has waned.

Man United remain an option for the USMNT international full-back, but time is running out and Dest could be set to join Borussia Dortmund as part of a swap deal for defender Thomas Meunier to ensure he is in a good place ahead of the World Cup.

Newcastle have reportedly made a number of bids to sign Leicester midfielder James Maddison, all of which have been rejected, so need to turn their attention elsewhere. Lyon playmaker Paqueta may be keen to join fellow Brazilians Bruno Guimaraes and Joelinton at St James’ Park, but it could take a bid of around €50m for the Ligue 1 side to let him go.

Arsenal and PSG were linked with him earlier in the window, but their interest appears to have turned elsewhere and West Ham have now reportedly joined the race.

With a contract that expires in 2023, Tielemans could find himself at the centre of things as the window closes. Leicester won’t want to lose the 25-year-old midfielder, who has shown himself to be class act since arriving in the Premier League in 2019, but their hand might be forced. Liverpool and Arsenal have been linked with the Belgium international and a reduced transfer fee of around £30m could be on the cards.

Gordon is highly rated and has been tracked by Tottenham Hotspur and Newcastle United in the past, but Chelsea appear most keen to land the England under-21 winger. Sources have told that they have already made two bids up to £45m, though Everton are reportedly holding out for a fee in excess of £50m. Having already lost Richarlison to Tottenham for £60m earlier in the window, Everton could find themselves with a lot of money to spend and very little time to spend it.

Ziyech’s future could well hinge on whether Man United make a higher offer than their rejected €80m effort to sign Anthony from Ajax. If United do land Anthony, then Ajax will be keen to bring Ziyech back to the club he left for €44m in 2020. The 29-year-old won’t warrant that kind of fee now, but the winger’s exit from Stamford Bridge will leave a void that may need to be filled by Gordon or others.

The Portugal forward bagged 14 goals and 12 assists from 42 games on the way to the Italian title last season and has now placed himself firmly on the radar of Europe’s top clubs. Still only 23, Leao’s potential is high and that has seen Real Madrid and PSG take a real interest in signing him. Chelsea are the latest to be linked with a €95m offer, but that may depend on their other incomings this summer.