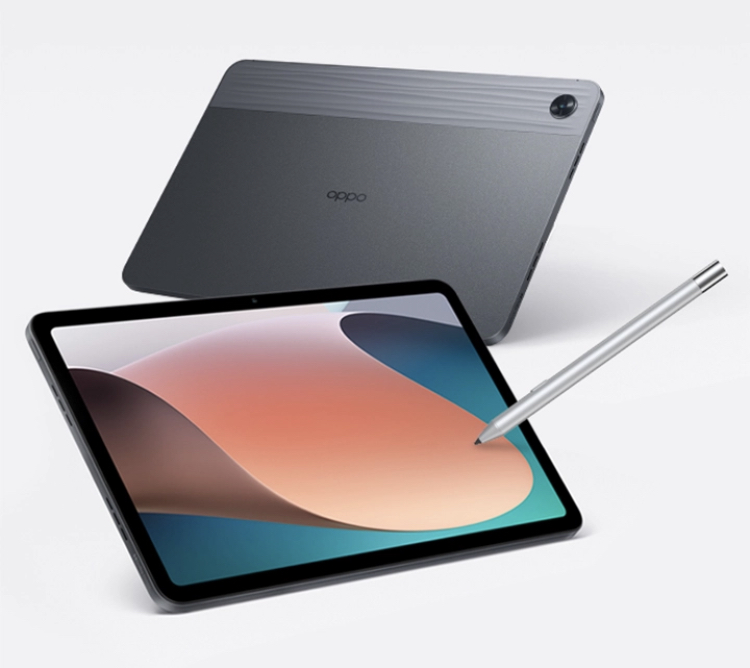 60
The Indian budget tablet market is full of options. But most of these are devices from manufacturers like Samsung and Lenovo. These products provide enough power for basic tasks and generally focus on bigger screens and bigger batteries. Not much attention is paid to performance. The COVID pandemic has elevated tablets from the category of media entertainment to an essential tool for education, video conferencing and as a learning machine.

Oppo Pad Air has been launched by the company as the first tablet in India. In the tab, the company has focused on its build quality. At a glance, the Tab offers everything in a style that a user can expect. But is it enough to fight in the competition? I used this tablet for few weeks and what is my opinion about it, read here.

Oppo Pad Air comes in two configurations in India. The base variant that I came across comes with 4GB RAM and 64GB storage and can be bought for Rs 16,999. The second variant comes with 128GB storage but RAM is 4GB only. Its price is Rs 19,999. The tab can be bought only in gray color.

Despite being a budget tablet, it feels more premium. It is quite solid in texture and looks like it can tolerate splashes of water to some extent. It gets a metal case with a unibody design, which has an anodized finish and does not slip from the hands. Its sides are flat and the corners are round in shape. Its build quality without sharp or rough edges looks quite impressive.

Oppo Pad Air is very light in weight at 440 grams. It’s easy enough to use with one hand, but you’ll need both hands to operate. The rear camera has something protruding from the body, but it doesn’t lift the tab even after placing it on a flat surface. The back has a plastic stripe that spans one-fourth of it and has a nice looking wave pattern. Maybe it also helps in receiving the signal for connectivity.

When held horizontally, the power and volume controls are found on the top left corner. There is also a pull-out tray at the top, but this is only for microSD card support.

Coming to the display of the Tab, it has slim bezels and round cutouts at the corners that coincide with the curve of the tablet’s frame. Speaker grills are available on the side and USB Type C port is given in the right side. With the tab, the company offers a single accessory called Oppo Life Smart Stylus Pen. It can be purchased by spending Rs 3,999.

In this device, the company has used Qualcomm Snapdragon 680 chip which is made from 6nm fabrication process. In the tab, you get 4GB LPDDR4X RAM and 128GB UFS 2.2 storage. It also has expandable RAM feature so that the storage space can be used as RAM.

For connectivity, it has Wi-Fi 5 and Bluetooth 5.1 but there is no GPS. Although basic sensors like accelerometer, ambient light and gyroscope are available. Its battery is 7,100mAh with 18W PD charger in the package itself. There is no support for LTE and there is no fingerprint scanner. It has 2D Face Unlock which does not perform well every time. Apart from two storage options, the tab also supports microSD card up to 512GB.

It runs on Oppo’s ColorOS 12.1 which is based on Android 12. Looking at it, it looks similar to the ColorOS 12.1 found in the smartphone. It seems a bit surprising that Oppo has put a lot of static wallpapers and live wallpapers in it, which look great, but they felt a bit heavy for the system to handle.

There are also many options for customization, including the auto theme engine. This version of Color OS takes up 14GB of storage from the tab’s internal space, after which close to 47GB of space is available for apps, games and photos. The only third party app was present in the tab in the form of Netflix.

In the Settings app, I found a floating window feature called Flexible Window under Special Features. With this I was able to open supported apps in a small floating window and I could also change its size. It was running smoothly but with full screen app running in background you can only open a small app in floating window. There was also a split screen option called Dual Window but I was not able to adjust its size according to my need.

The performance of Oppo Pad Air was good. Some mild lags were also found. Multitasking was not very good but with the help of expandable RAM, I was able to keep some apps open in the background. To put it simply, every fourth app was restarting on reopening but the load was also getting faster.

In terms of benchmark scores, the Tab scored 2,53,080 points on AnTuTu. Scored 384 and 1,618 points respectively in Geekbench’s single and multicore tests. In GFXBench, it scored 37fps, 14fps and 7.6fps in the T-Rex, Manhattan 3.1 and Car Chase tests, respectively.

The tablet isn’t designed for gaming, yet I tried playing Asphalt 9: Legends on it. The pixels of the default settings and textures looked torn, but after skipping several frames, the game was able to play. Casual games like Subway Surfers go well.

Oppo Pad Air has a 10.36-inch IPS LCD display with a resolution of 2,000×1,200 pixels. Such high resolution is rarely seen in this segment. The display is quite sharp, with text and images looking good and colors looking natural. The display does not perform well in outdoor as compared to indoor, as colors look washed out when going outside. The cover glass is very reflective and it is very difficult to watch movies etc. on it in direct sunlight.

The Pad Air has Widevine L1 certification, which is good for full HD video playback. SD content looks very sharp in this but the black level needs a lot of improvement. Its quad speaker system does sound quite loud, so much so that I didn’t miss the 3.5mm headphone jack.

Talking about its camera performance, it is below average. The photos look very dull and the details are lacking even in daylight. Comparatively good photos come from the 5 megapixel selfie camera. The front camera proves to be good for video calls. Video recording from the primary camera proves to be very weak.

Since gaming was limited to simple games and the camera was of no use, I mostly used it for watching movies, browsing the web and everyday social media applications. With so much usage, the tab removes comfortably for one and a half days. And if I had only watched an offline movie in it, maybe it could have taken two days. The Pad Air lasted 18 hours and 40 minutes in the HD video loop test, which is pretty impressive for a tablet. It took 2 hours and 34 minutes to fully charge the battery with the 18W charger.

Oppo’s attempt to release the tablet for the Indian market was well received. Apart from being a budget machine, it fulfills all the requirements for daily use and the price is also quite reasonable. It lacks a 4G/LTE radio, headphone jack but makes up for in expandable RAM and 128GB of storage. Overall, it fits the budget if you take it for watching movies, web browsing or checking email, but it is not made for gaming or productivity.

Unfortunately for Oppo, Realme Pad Offers the same specifications with the same form factor at a lower price point. It also has a 4G/LTE variant and the price starts at Rs 15,999. Realme’s software experience is also better than that of Oppo, as it has been optimized for tablets. If you can spend a little more money Lenovo Yoga Tab 11 It is also present in which good design and build quality is available. This tab is way ahead in terms of entertainment with the speakers being very good and loud enough for a small room.