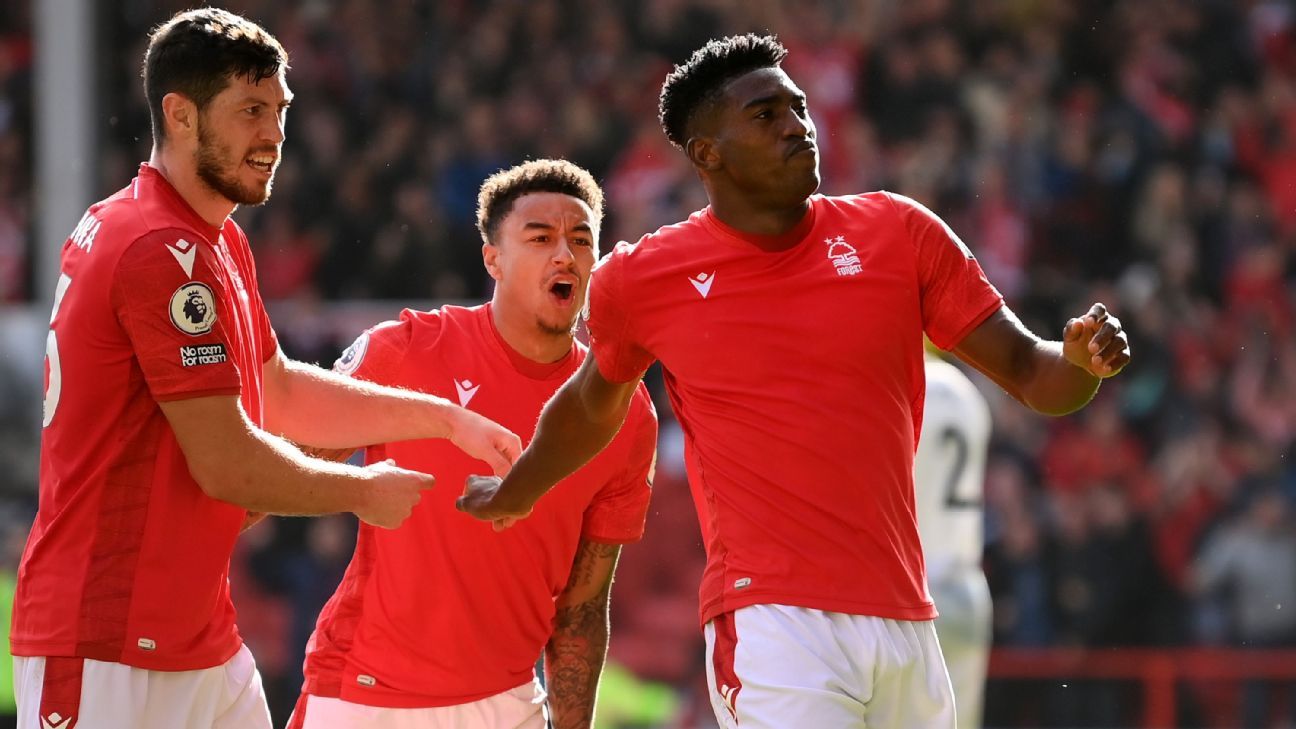 A below-par Liverpool, seeking a third consecutive league win, could have few complaints as Forest produced a superb performance to earn their second win of the season.

Nottingham Forest stunned Liverpool as Taiwo Awoniyi sealed a 1-0 win with a second-half goal to lift them off the bottom of the Premier League table on Saturday.

Jurgen Klopp’s side were off the pace in the first half as a disciplined Forest side knocked them out of their rhythm.

Forest went ahead in the 55th minute when Awoniyi poached a rebound after his initial effort struck the post.

The hosts were dangerous on the counter-attack and had several chances to give themselves some breathing space.

But they were indebted to keeper Dean Henderson, who made a series of saves, the best coming in stoppage time when he somehow kept out a sensational Virgil van Dijk close-range header from a corner.

Forest held on and moved to 19th place with nine points from 12 games, one ahead of Leicester City. Meanwhile, Liverpool remain without an away win and sit in seventh place.

After a poor start to the season Klopp’s side had built up some momentum with last weekend’s stormy win over champions Manchester City and followed that up by beating West Ham United in midweek.

Even with several injuries they were expected to roll over a Forest side finding life tough back in the elite.

But Steve Cooper’s side were magnificent as they gained a result that could kickstart their season.

“It has to be a turning point. If we can beat Liverpool, we can beat anyone,” Forest’s Ryan Yates said.

Liverpool struggled to break down Forest’s defensive ranks in the first half with Mohamed Salah failing to connect properly with one chance and Van Dijk squandering a headed opportunity.

Forest were compact and a threat on the counter attack with Jesse Lingard shooting straight at Alisson from one break.

Awoniyi was a thorn in Liverpool’s side throughout and Forest’s goal stemmed from a free kick conceded on the powerful forward by Joe Gomez on the halfway line.

The ball was launched diagonally towards Steve Cook who drilled in a low cross towards Awoniyi who shinned his first effort against the post before steering home the rebound.

Harvey Elliott forced Henderson into a save almost immediately but Forest could have made it 2-0 on the counter-attack when Morgan Gibbs White was denied by a superb sliding block by James Milner while Brennan Johnson also went close.

Henderson was forced into action again to deny Trent Alexander-Arnold from close range and the goalkeeper was to produce more heroics as the minutes ticked down.

Liverpool laid siege to the Forest goal late on with Van Dijk volleying wide and then seeing his header superbly saved by Henderson.

“To win a game against someone like Liverpool, you need to have very good moments at both ends. We’ve done that today.”

“This is a big win but only a win. We’ve got to build on that and carry on,” Forest boss Cooper said.