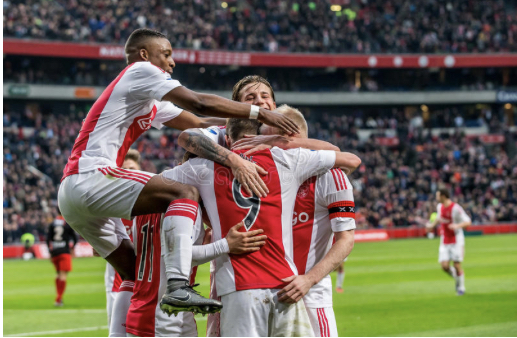 Manchester United are focused on signing Antony from Ajax before the transfer window closes, sources have told.

The club also remain interested in bringing in a goalkeeper and a right-back ahead of the deadline.

Ajax have been informed that United have not ended their pursuit of Antony despite seeing an €80 million bid rejected.

All you need to know about the final week transfer window

The Dutch side have made it clear they are under no pressure to let him go after raising around €130m already this summer, but have communicated to United they will consider offers of around €100m for the Brazilian winger because of his desire to move to Old Trafford.

Sources have told that signing a forward is Erik ten Hag’s priority before next week’s deadline and that if a fee for Antony cannot be agreed, they will step up interest in Cody Gakpo, Christian Pulisic and Marcus Thuram.

PSV Eindhoven asked that any talks over Gakpo were delayed until after their Champions League qualifier with Rangers on Wednesday while there has been no encouragement from Chelsea that they would be willing to let Pulisic join a Premier League rival.

United are also still in the hunt for a back-up goalkeeper after interest in Borussia Monchengladbach’s Yann Sommer and Eintracht Frankfurt’s Kevin Trapp came to nothing.

Trapp said on Thursday he had received and rejected an offer to join United, instead opting to remain at the Europa League champions who are competing in this season’s Champions League group stage.

“There was a lot of talk in the past days about an interest from Manchester United,” Trapp said on social media. “It is correct that I have a written offer.”

“Manchester United are a world class team and that I consider it and think about is something, I am sure, everyone can understand. Yesterday, however, I informed both clubs that I decided for Eintracht.”

Low-cost options including Martin Dubravka at Newcastle and Tim Krul at Norwich are being considered.

Ten Hag is also keen to secure a right-back to compete with Diogo Dalot — particularly if Crystal Palace firm up interest in Aaron Wan-Bissaka.

Wan-Bissaka has been made available and if he leaves, United will look to sign a replacement.

Sergino Dest, Denzel Dumfries and Max Aarons are among the options.

United are also expecting more departures from the club before the deadline.

They will listen to offers, including loan proposals, for Phil Jones, Brandon Williams, Axel Tuanzebe, Amad Diallo, Hannibal Mejbri and James Garner. There is interest from Everton in Garner, who is valued at around £14m.

Information from Reuters was included in this report.