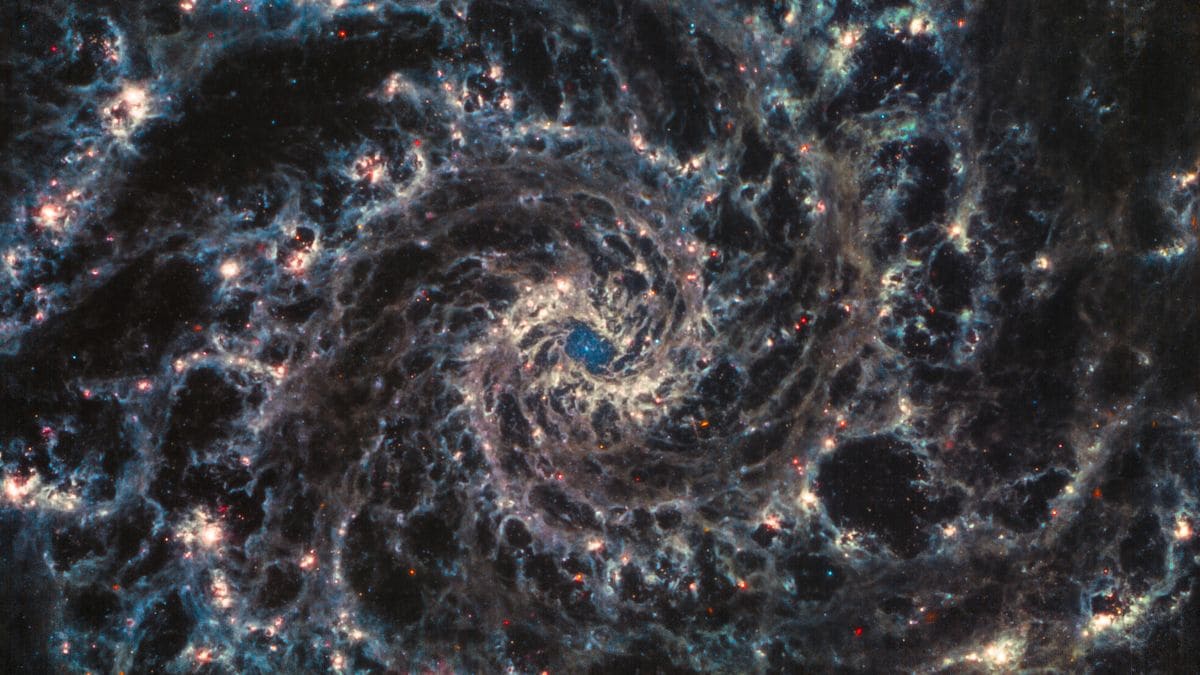 After capturing the deepest and sharpest infrared picture of the distant universe, NASA’s James Webb Space Telescope (JWST) has inspired some captivating photos, formed using its data. A citizen scientist named Judy Schmidt processed the raw data obtained by JWST and transformed it into some of the most breathtaking pictures of two spiral galaxies. The galaxies, NGC 628 and NGC 7496, are both located near the Milky Way galaxy and are being studied as part of the Physics at High Angular resolution in Nearby Galaxies (PHANGS).

The NGC 628 spiral galaxy or the Phantom Galaxy, whose image was processed by Judy Schmidt, is located just 32 million light-years away and offers a good amount of details for study. It is considered a grand-design galaxy which has prominent, unobscured and well-formed arms. The galaxy becomes significant and astronomers have found at least three supernovae in NGC 628.

The NGC 7496, meanwhile, is known as a barred galaxy with its spiral arms extending from a distinct bar that tends to cross the center of the galaxy. The formation is said to be due to the uneven density in the galactic disk. Region with high density pulls the star towards it and that results in bars. NGC 7496 is at a distance of 24 million light-years.

The gas in such bars is channeled inwards which makes them a region for rich star formation. With its clear visibility, NGC 7496 offers scientists a great laboratory for studying the formation of stars.

NASA’s James Webb Space Telescope and the Hubble Space Telescope both work in different lights and thus produce different images. While the Hubble telescope is an optical and ultraviolet instrument, the JWST operates in infrared light and has the capability to detect light behind gas and dust in optical wavelength. The observations of both the telescopes thus turn out to be complimentary where Hubble captures the dust while JWST peers into it to look at the newborn stars.