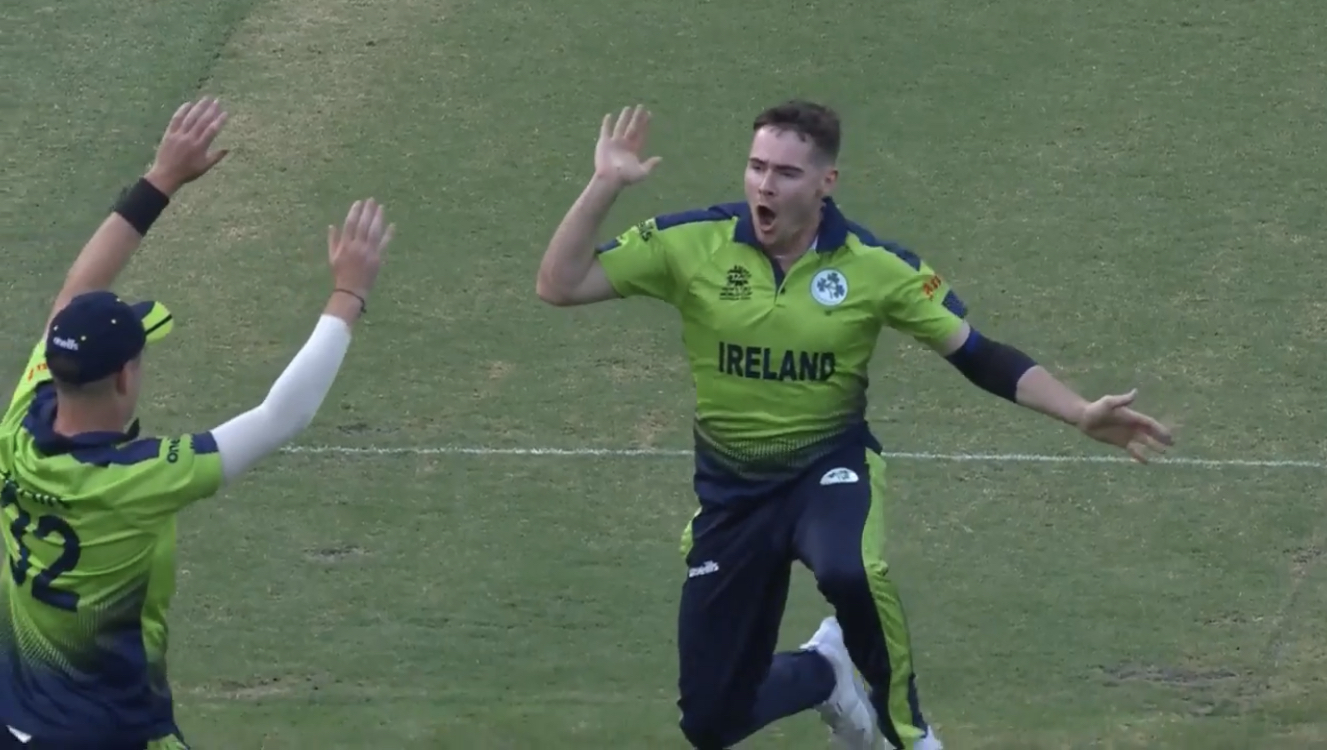 ENGvsIRE T20 World Cup 2022: Ireland beat England by 5 runs. This is Second time in World Cup history. Before this they have beaten England in 50 Over World Cup Match in Bangalore(India).

Three days ago in the T20 World Cup, the historic ground in Melbourne where India registered a thrilling victory over Pakistan on the last ball. There has been a big change in that. Ireland defeated England by 5 runs (D/L) in the Super-12 round match. In this match, England got a target of 158 runs. Chasing this, England scored 105 runs in 14.3 overs for the loss of 5 wickets. Then it started raining heavily. According to local time, the cut-off time of the match was 6.56 pm. When the match stopped, it was 6.40 in the evening. In such a situation, there was only 15 minutes to start the match again and till then the rain did not stop. Because of this, England had to lose this match by 5 runs. This is the second time in the history of both the ODI and T20 World Cup that Ireland have defeated England.

Earlier, in the 2011 ODI World Cup held in India, Ireland defeated England by 3 wickets with 5 balls to spare. In that match, Ireland had to chase a target of 328 runs in 50 overs and Kevin O’Brien scored 113 runs in 63 balls to give Ireland a historic victory. Then Brian hit the fastest century in the history of the ODI World Cup. This time Ireland’s captain Andy Balbirnie was the hero of the team’s victory. He played an innings of 62 runs in 47 balls. Apart from him, Josh Little played an important role in the team’s victory with the ball. He took 2 wickets for 16 runs in 3 overs. Little dismissed England captain Jos Buttler for zero and followed by another opener Alex Hales.

Ireland started very well in this match. Batting first, Ireland’s score was 102 runs in 12 overs for the loss of 1 wicket. But, after this Ireland’s innings completely faltered and the next 9 wickets fell within 55 runs. Mark Wood and Liam Livingstone took 3-3 wickets for England. England did not start well. England lost their three wickets within the powerplay.

England team could only score 37 runs in the powerplay. In view of the possibility of rain, Moeen Ali hit 1 four and a six in the first 3 balls of the 15th over. But, then it started raining. At that time England was 5 runs behind the target set under the Duckworth-Lewis rule. The rain did not stop till the cut off time. For this reason the match had to be called off and Ireland won by 5 runs.