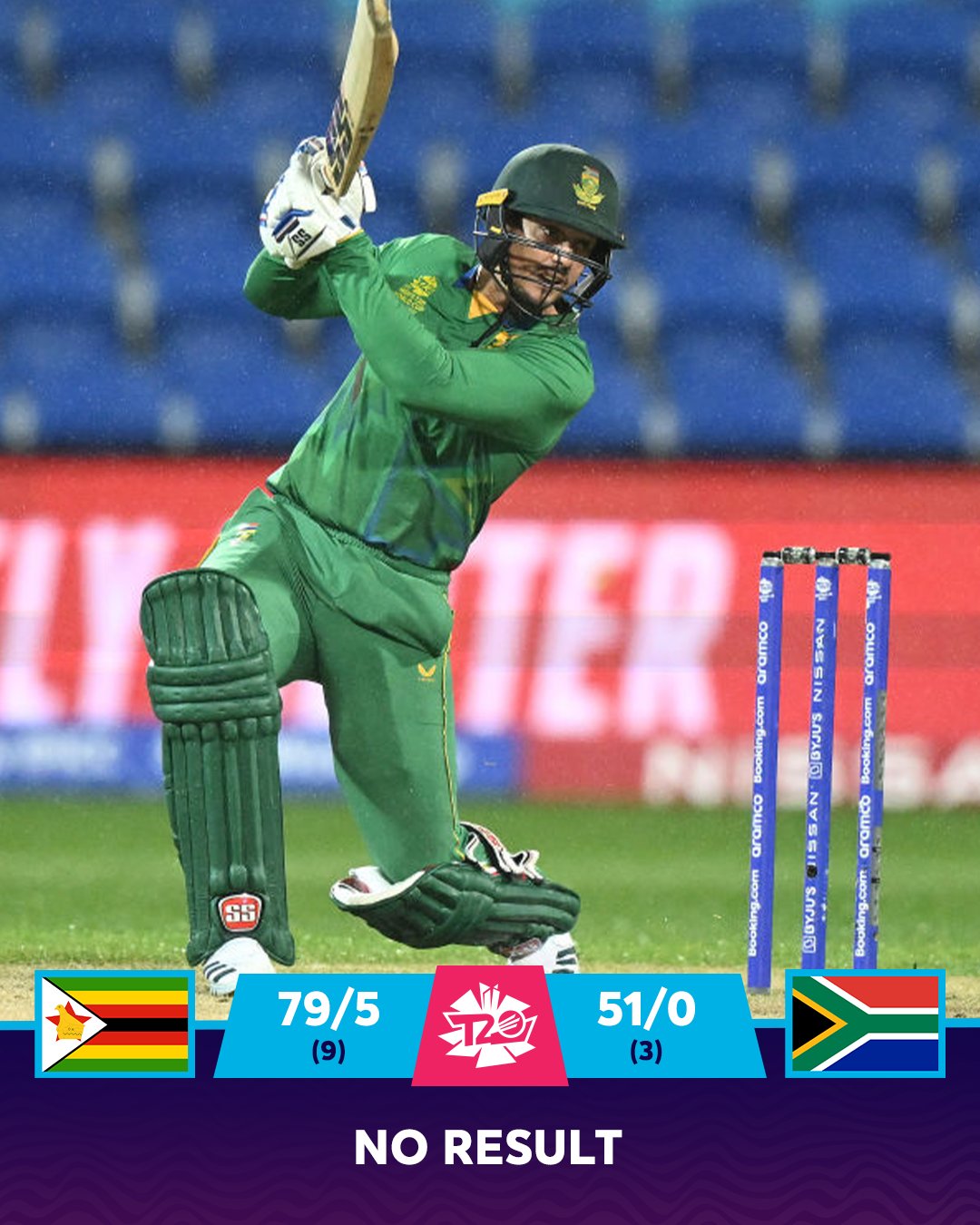 SAvsZIM T20: Match between South Africa and Zimbabwe canceled.
The match could not be completed due to rain

The match between South Africa and Zimbabwe could not be made 20-20 overs due to rain. First Zimbabwe got 9 overs after wasting time due to rain. Giving 4 early shocks, South Africa reduced the team’s hopes of a big score. On the score of 19 runs, the team lost the wickets of Regis Chakbawa, Craig Ervine, Sean Williams and the team’s biggest hope, Sikandar Raza. After this, Wesley Madhevere along with Milton Shumba handled the innings and brought the score to 79 runs. Wesley scored 35 runs in 18 balls while Milton played an innings of 20 runs.

South African opener Quinton de Kock, who came out chasing a small target, created a storm on the field as soon as he arrived. After playing just 18 balls, he scored 47 runs, scoring 8 fours and 1 six. South Africa scored 51 runs in 3 overs and rain stopped the match. Due to the match not being completed, the team had to split its points.