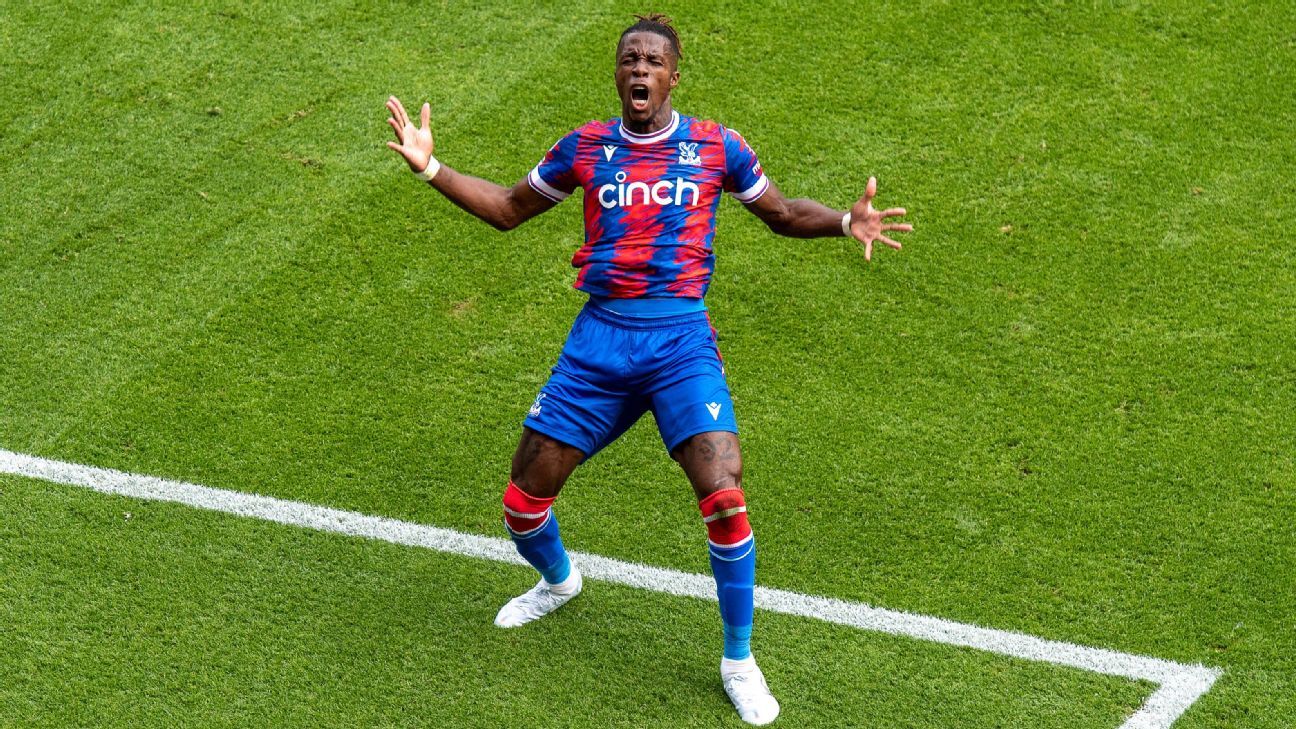 The summer transfer window is racing toward the Sept. 1 deadline, and there’s plenty of gossip swirling about who’s moving where. Transfer Talk brings you all the latest buzz on rumours, comings, goings and, of course, done deals!

TOP STORY: Chelsea and Arsenal to battle for Zaha

Crystal Palace winger Wilfried Zaha is back on the radar of Chelsea and Arsenal as the Sept. 1 transfer deadline ticks down this week.

Zaha, 29, has been in fine form so far this season with three goals in three games. The Ivory Coast international has just one year left on his contract, so could be available for considerably less than the £80 million that Palace wanted for his services in 2019 when he was close to joining the Gunners.

The Daily Express says that Arsenal are eyeing a late deal to replace Nicolas Pepe (who moved to Nice on loan) with Wolves’ Pedro Neto or Villarreal’s Yeremi Pino also on their shortlist.

The Guardian insists that Chelsea are at the front of the queue, however, as they seek to bolster their attack after the potential exits of Hakim Ziyech (to Ajax) and Callum Hudson-Odoi (to Bayer Leverkusen on loan.)

Barcelona striker Pierre-Emerick Aubameyang remains the Blues’ No 1 priority, so a move for Zaha could go down to the wire.

Manchester United are set to sign Ajax winger Antony after agreeing a fee with the Amsterdam club, sources have told ESPN.

The deal is worth an initial €95m with another €5m in add-ons, making the winger United’s second-most-expensive signing ever (behind Paul Pogba) once the transfer is completed. The deal is subject to a medical and the UK’s visa process.

Antony is set to sign a five-year contract with the option of another year.

– With Manchester United close to finalising a €95 million deal for Antony, Ajax Amsterdam are targeting Chelsea winger Hakim Ziyech to replace the Brazilian, according to the Daily Mail. Ziyech left Amsterdam to join Chelsea in 2020 but has since struggled to carve out a place in Thomas Tuchel’s team. Considering 26 minutes off the bench in the 3-0 loss against Leeds United is all the time Ziyech has been afforded this season, it is likely Ajax wouldn’t have to spend close to the €44m they received two years ago.

– Juventus have so far been unable to reach an agreement with Paris Saint-Germain for Leandro Paredes and have identified Aston Villa’s Douglas Luiz as a backup option, reports Sky Sports Italia. There could also be a trio of midfield departures in Turin, with Arthur wanted by clubs in the Premier League, Ligue 1 and Portuguese Liga, Nicolo Rovella set to join Monza on loan and plenty of requests coming in for the loan of Nicolo Fagioli.

– Stade Rennais are hoping to sign Lens midfielder Seko Fofana before the transfer deadline, reports L’Equipe. Lens are adamant they don’t want Fofana to leave and that it will take a massive offer for them to consider a move, while the midfielder has admitted that he has options.

– Fabrizio Romano has reported that Lyon attacking midfielder Lucas Paqueta has completed his medical ahead of a €60m transfer to West Ham United. David Moyes’ side are now waiting for the results while the Brazilian’s lawyers check the contract, with the Hammers hoping to have the deal 100% finished on Monday.

– While they are finalising a move for Schalke defender Malick Thiaw, Calciomercato have reported that AC Milan are also looking to bring in Wolfsburg midfielder Aster Vranckx on loan. A meeting is set to be held on Monday to determine whether the Bundesliga outfit would be open to loaning out the 19-year-old, with Atalanta also pushing to sign him.

– Toulouse winger Nathan N’Goumou is set to join Bundesliga outfit Borussia Monchengladbach, according to Sky Sports Deutschland. The 22-year-old is expected to have a medical on Monday before signing a long-term contract and completing the move, which will be worth around €8m.