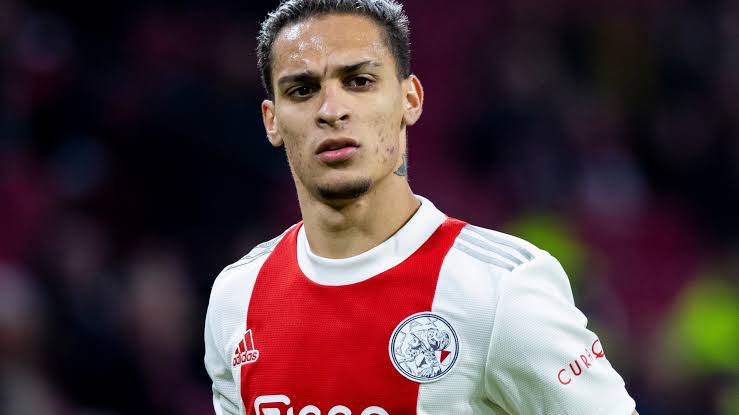 Manchester United are considering whether to make an improved bid for Antony after seeing a €90 million offer rejected by Ajax on Friday, sources told.

United increased their bid after a €80m offer was turned down earlier this month, but it has not been enough to get Ajax to agree a deal.

Sources have told that United are weighing whether to make another bid or to turn their attention to other targets.

Sources have told that Antony has informed Ajax he wants to move to Old Trafford but so far the Dutch side have remained firm in their stance that the 22-year-old will stay at the club this season.

On Friday, the player made public his desire to be allowed to move to Old Trafford.

“Today, in a meeting with the club, I expressed my old interest in leaving, only this time with a considerable offer on the table,” he told Fabrizio Romano. “Others had already arrived! Ajax refused with the argument that they only have five days to replace me.

“I’m not asking to release me, I’m asking Ajax to sell me at the highest bid received by a player who played in the Eredivisie. I’ve been insisting on this theme since February so that the club could rebuild the team with peace of mind.”

Gakpo, 23, would be a cheaper option, with sources telling he is valued at €40m to €50m by PSV. There is, however, interest from other Premier League clubs in the Netherlands international.

Speaking at a news conference Friday, Ten Hag said he still hoped to make additions to his squad before the close of the window.

“We need players, it is clear, but we need the right players,” he said.

“The whole transfer window, we are happy with what we did until now but the bar has to be high.”

Ten Hag also hinted that Phil Jones, Axel Tuanzebe and Brandon Williams are set to stay at Old Trafford because they are not fully fit.

“We are talking about players who are not available so I don’t think they will go out in this window,” he added.